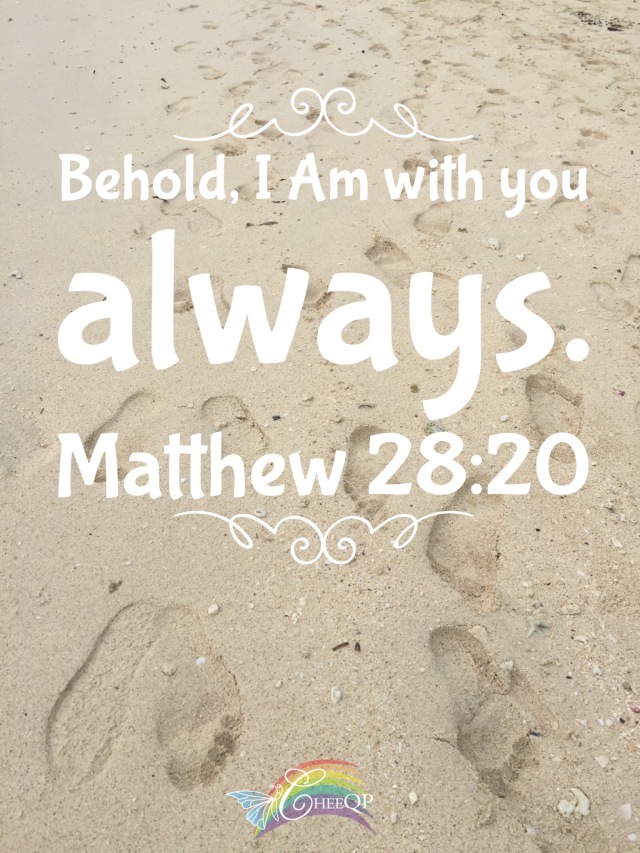 Jesus in all His life always called God “Father” until the time came when He cried out at the cross, “My God, My God, why have You forsaken Me”?

Jesus is the perfect demonstration of the word “obedience” up to the point of His death when He could have opted not to do His Father’s will.  He had a choice as His words said, “Father, if it is Your will, take this cup away from Me; nevertheless not My will, but Yours, be done.” (Luke 22:42 NKJV)  But He was obedient to the utmost, only doing what He saw His Father doing and speaking what He heard Him speaking.  Jesus Who knew no sin became sin all because of the greatness of our Father’s love Who gave Him to the world (literally to us), bruised and broken beyond recognition, forsaken at the cross, separated from His intimacy with the Father and died a criminal’s death without committing a crime.  For the JOY that was set before Him, He endured it all without saying a single word, He opened not His mouth; He was led as a lamb to the slaughter, as a sheep before its shearers is silent.  He was cut off from the land of the living;  for the transgressions of all people He was stricken.

To top it all, it pleased the Lord to bruise Him and has put Him to grief all because He shall see the labor of His soul, and be satisfied.  By what Jesus went through, many will be justified and counted righteous for it is He who bore all the sins of the world.

If you dig deep into what has been spoken in Isaiah 53, it would boggle your mind what made God exhaust all His wrath into the body of Jesus, His only Begotten and Beloved Son, up to the point of death.  It’s way beyond the capacity for our intellect to measure and comprehend but it can only be received and perceived by our spirits.

Jesus have always called God as Father, but at the cross when He became sin though He knew NO SIN, He called Him God.  In the world today, many call God, God.  But it takes relationship to call God, Father.  I used to get to confused before with these names but now I’m beginning to have a revelation that we can only call Him Father when we get reconciled to HIM by the power of the Blood of Jesus Christ.  When we come under the grace of God, not by our own works but by the finished work of Jesus Christ, sin shall no longer have dominion over us.  The Lord of Righteousness shall make things right in our lives and gives us right standing before the throne of our Father.   No wonder, Jesus said, “I AM The Way, The Truth, and The Life.  NO ONE comes to the Father except through Me.” (John 14:6)

On the third day when Jesus rose from the dead, He rendered the grave powerless where death eternally lost its sting.  The Holy Spirit Who raised Him from the dead and made Him sit at the right hand of the Father restored Jesus back into calling God “Father” again, after totally conquering sin and death.  This is the VICTORY that He won for you and me.

Jesus did it all for all mankind.  He did it all for the very reason that WHOSOEVER BELIEVES in Him will have eternal life, eternally living a life WITH HIM, never a moment without Him.   Whosoever means ANYONE, ANY MAN, ANY PERSON from any nation, race, tribe and tongue.  It’s FREE FOR ALL to take part of and enjoy with ONLY ONE qualification and that is to BELIEVE IN THE SON OF GOD!

“Whoever believes in the Son has eternal life; whoever does not obey the Son shall not see life, but the wrath of God remains on him.”  (John 3:36 ESV)

“Now this is eternal life: that they know you, the only true God, and Jesus Christ, whom you have sent.”  (John 17:3 NIV)

NOW, as BELIEVERS being new creations in Christ, being the righteousness of God in Christ, ACCEPTED in the Beloved, we WILL NO LONGER AND WILL EVER BE SEPARATED from the love of God but we will forever have an eternal and continual invitation to practically through personal experience the love of Christ that surpasses mere knowledge, not by might nor by power, but by the Spirit of God Who is our HELPER, abiding in us forever, our very present (never absent, never separated from us, always with us) HELP in time of need.

“And I will ask the Father, and He will give you another Helper (Comforter, Advocate, Intercessor—Counselor, Strengthener, Standby), to be with you FOREVER— the Spirit of Truth, whom the world cannot receive [and take to its heart] because it does not see Him or know Him, BUT YOU KNOW HIM because He (the Holy Spirit) remains with you continually and will be in you.  I will not leave you as orphans [comfortless, bereaved, and helpless]; I will come [back] to you.  (John 14:16-18 AMP)

In Christ we are NO LONGER ALONE, no longer helpless.